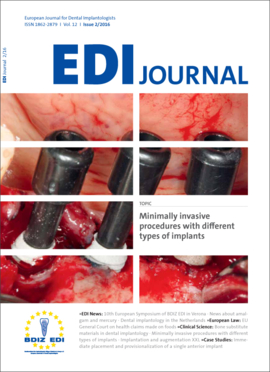 Pan-European collaboration in the field of implant dentistry works. Best example is the European Symposium of BDIZ EDI. This was amply demonstrated at the joint congress with Quintessenza Edizioni in Verona/Italy in May 2016.

Another issue is the future of the BDIZ EDI. Where will the association stand in 2015? The board of directors had launched a strategy process in 2015 and the BDIZ EDI is currently right in the middle of that process. Dr Freimut Vizethum who is guiding and supporting the board through this process spoke with the EDI Journal about the intentions behind this effort. This issue also looks behind the scenes of the European Commission. Competition, the big aim of the EU-Commission, should not be dominated by the price alone, but should be about quality. This issue also gives a glimpse of the Hague resolutions of the Council of European Dentists on sugar, dental amalgam, and the future of dentistry. In the clinical science part there will be an overview of bone substitute materials in dental implantology and according to clinical implications of BDIZEDI’s 11th European consensus Conference minimally invasive procedures with different types of implants will be in focus. 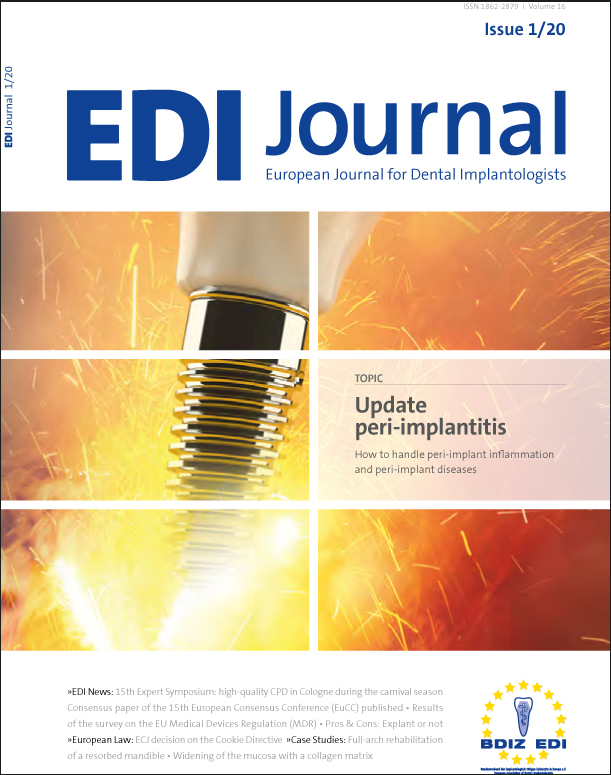 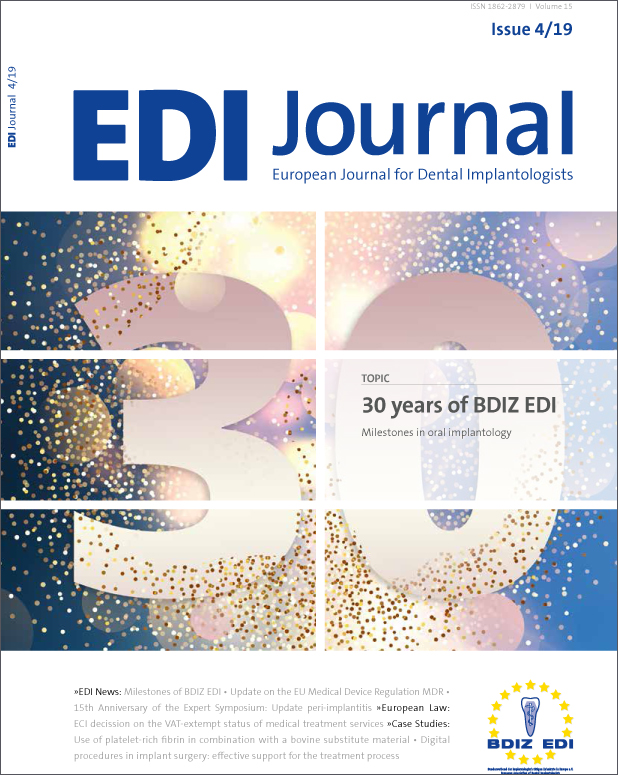 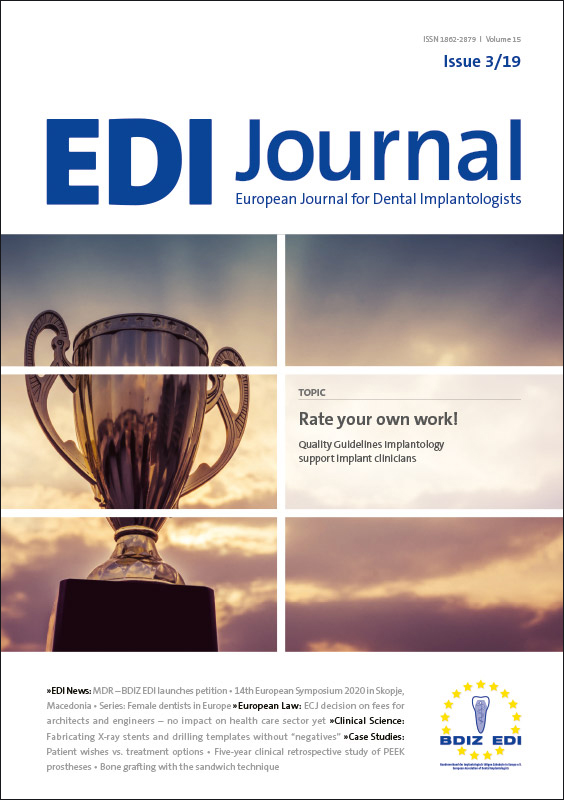 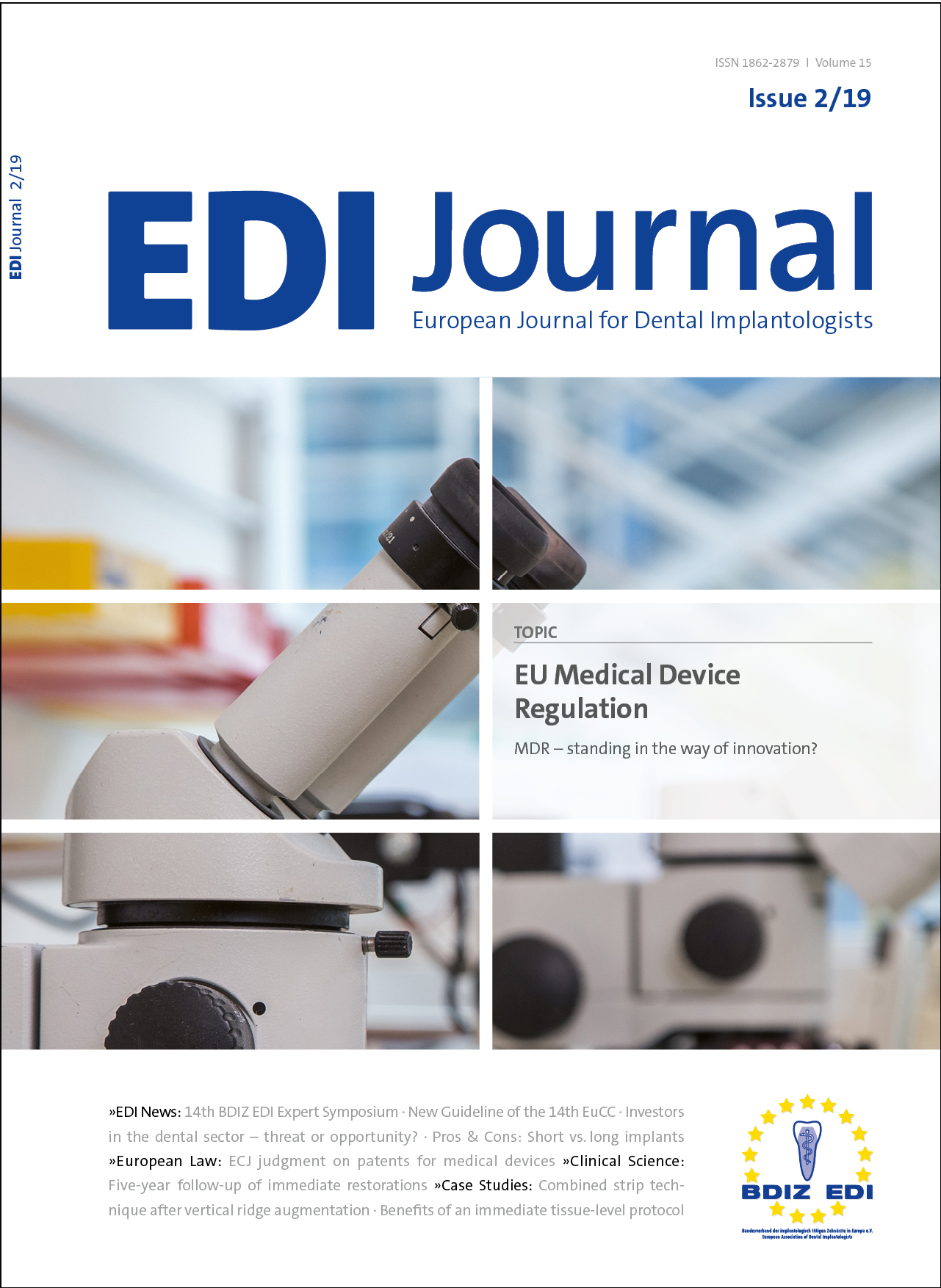 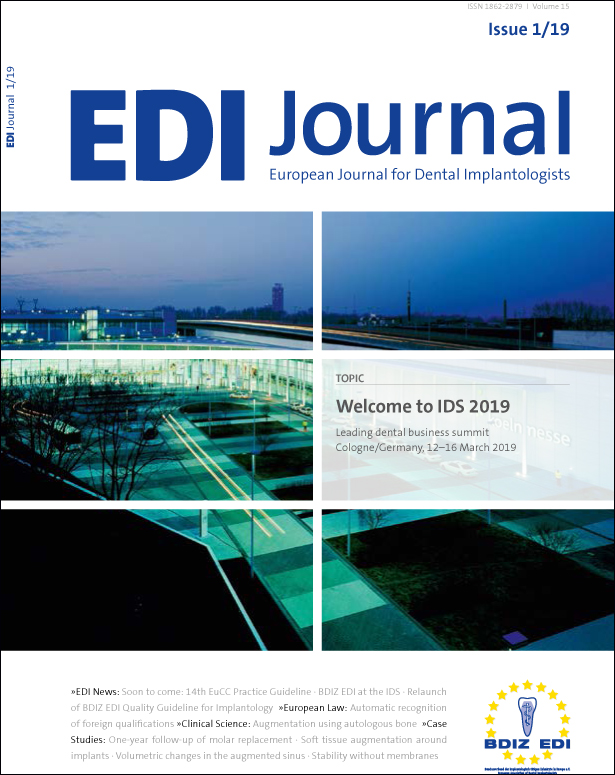 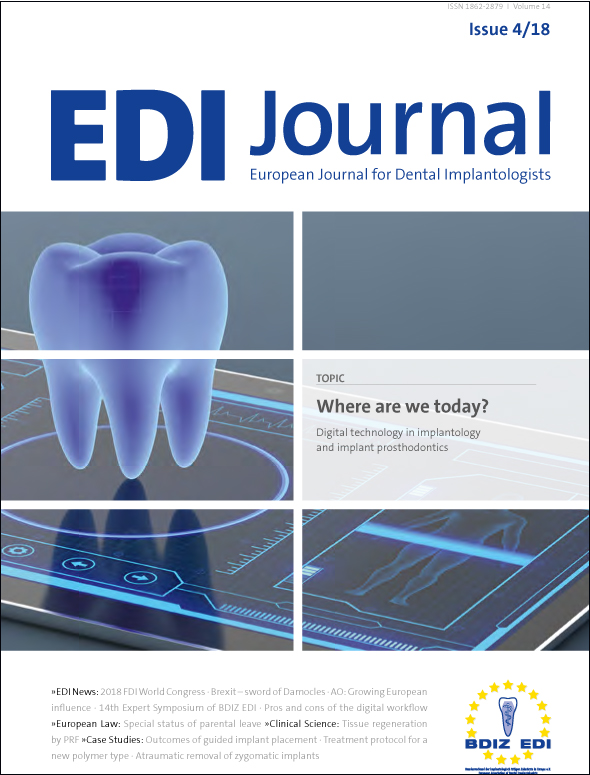 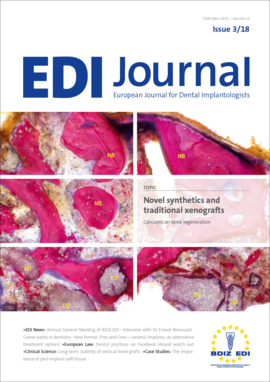 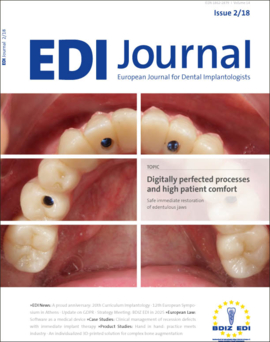 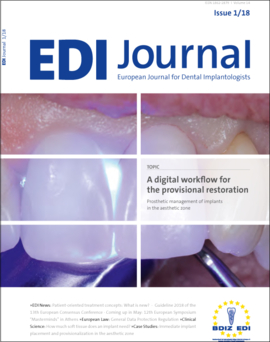 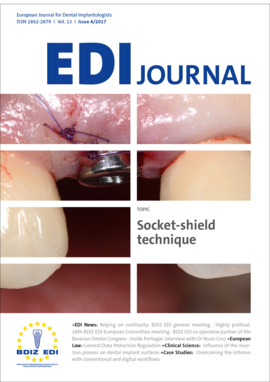